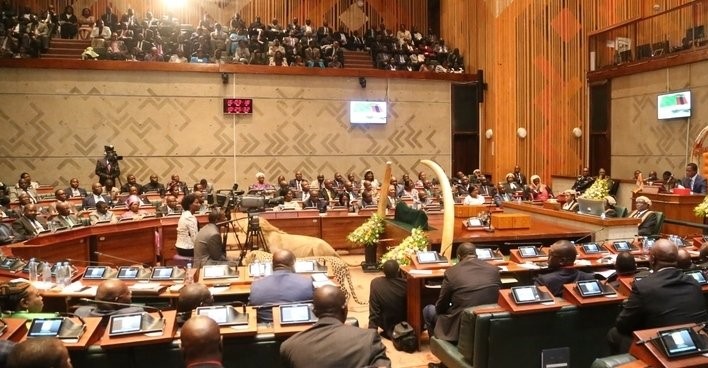 The report focuses on the Proposal to ratify the Yamoussoukro Decision Concerning the Single African Air Transport Market. A parliamentary submission which ZACCI made a submission on.

Chairperson of the Committee on Transport, Works and Supply Douglas Syakalima explained that the report that was laid on the table of the House on November 5, 2020 will trigger economic growth.

Mr Syakalima who is also Chirundu MP pointed out that once implemented the Single Africa Air Transport Market will bring about new routes to the country.

“Madam Speaker, this report from the committee that I am privileged to chair has a lot of benefits to the country. Among them it will increase the number of people coming to the country which is good for our tourism and we will have more new air routes in the country and this will extend air traffic rights,” he stated.

And Acting Minister of Transport and Communications Vincent Mwale cited a number of benefits that will come with the adoption of the Single African Air Transport Market.

Mr Mwale explained that the adoption will enhance air connectivity in the country.

“This is an opportunity for the country to have an increased inflow of tourists in the country which is key to our economy. This will also create new business opportunities and trade in Africa and beyond. Not only that, under the Single Africa Air Transport Market will transform our country into a transport hub and create new benefits,” Mr Mwale explained.

The Single African Air Transport Market (SAATM) is a flagship project of the African Union Agenda 2063, an initiative of the African Union to create a single unified air transport market in Africa to advance the liberalization of civil aviation in Africa and act as an impetus to the continent’s economic integration agenda.